Matt Dawson earned his nickname “Mad Dog” through decades of fervent passion and dedication to his family, his career, and his community. His impact on his peers, students, law partners, and family rendered him a legend among Texas attorneys.

Mr. Dawson studied at Baylor University, receiving his Bachelor of Arts before studying law at the University of Wisconsin and Baylor University. He earned his license to practice law in Texas in 1938 and went on to diligently serve clients as a partner with Dawson & Dawson, the predecessor firm to Dawson & Sodd, PLLC. He was also licensed to practice before the United States District Courts for the Eastern, Northern, and Western Districts of Texas, as well as the United States Court of Appeals for the Fifth Circuit.

While actively practicing law, he served as the Navarro County Bar Association President in 1957 and Director of the State Bar of Texas from 1959 to 1962. He was named a Fellow of the American College of Trial Lawyers and was President of the Baylor Alumni Association in 1947. He served as the County Judge for Gregg County from 1943 to 1944.

After 35 years of litigation, Mr. Dawson switched his primary focus to preparing future generations of attorneys as a professor at Baylor Law School. While serving in this role from 1971 to 1983, he established the idea of a mini-trial, a tool used by law programs nationwide. He is also credited with creating Baylor’s modern Practice Court, a program that is still nationally acclaimed and considered an essential part of the Baylor experience. He and his wife established four scholarship funds, which continue to help aspiring lawyers gain a top quality education. In 2009, Mr. Dawson was honored with a life-sized statue at the Sheila and Walter Umphrey Law Center. In seeking to honor the former professor and establish a position for a Trial Advocacy professor, a group of students, alumni, and professors worked together to establish the R. Matt Dawson Endowed Professor in Trial Practice. The school continues to honor students on his behalf through awards, including the Matt Dawson Advocacy Award, a cash prize given to outstanding advocacy students in each Practice Court class.

Mr. Dawson passed away in February 2015 at the age of 98. His legacy and love of the law will continue on, and the partners of Dawson & Sodd, PLLC are proud that their firm bears the name of Matt “Mad Dog” Dawson. 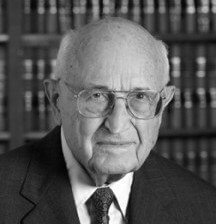