Glenn Sodd’s skills as a trial lawyer are legendary. A frequent past speaker on eminent domain trial strategy and a Fellow in the American College of Trial Lawyers, Glenn has testified about eminent domain on invitation from the Texas Legislature. While he has also successfully litigated complex matters involving oil and gas, personal injury, and farm-and-ranch law, Glenn focused primarily on eminent domain litigation throughout Texas for the last 35 years, passionately representing only landowners in condemnation matters.  He also played a major role in the eminent domain fight against the Texas Rail Project.

In addition to his past law practice, Glenn has been personally involved in several sectors of real estate for many years. He has also been involved in the oil and gas industry since 1973. He owns a 2,200-acre working ranch in Navarro County, known as “The Refuge,” which is one of the top whitetail deer operations in Texas, as well as owning a large working dairy farm. He has owned several convenience stores, office buildings, retail centers, rental properties, and raw land suitable for development. He helped start a bank, worked in the construction industry, and has been a partial owner of two wholesale supply businesses. Glenn’s family was involved in the electrical business, and Glenn worked in that field starting when he was 10 years old and while in college. His personal experiences in business have proven invaluable tools in maximizing value and damages in condemnation cases involving virtually every kind of property. He appreciates the value of land and property to business owners and homeowners alike.

Among his numerous awards, Glenn has been named a Super Lawyer in Texas eminent domain law by the Thomson Reuters service for 17 consecutive years. In addition, he was named one of the 100 Best Trial Lawyers in America (one of only three from Texas) by Town & Country magazine in 1985.

Glenn has represented landowners against a variety of condemning authorities in a wide range of condemnation cases, including:

Appellate successes include the following: 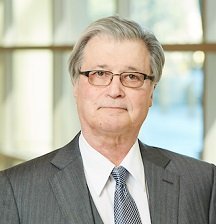 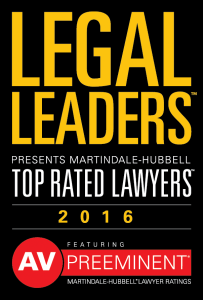